Record players and LPs can be both mono and stereo.

For most of the 1960 and 1970s, LPs were often released in both mono and stereo versions. Stereo replaced mono and became the only format in the mainstream LP market in the early 1980s.

If you have a vinyl collection with both mono and stereo LPs, you can safely play both with a vintage or new record player that is stereo.

What is the main difference between mono and stereo?

Mono records will play the exact same sounds in both the left and right speaker. The exact same signal will be applied to both channels. So, there will not be a two-dimensional soundstage with mono records.

With stereo, the music from the different instruments and musicians can be presented in only one of the speakers or presented with different phase and volume levels in each speaker. This enables the instruments and musicians to sound like they are spread out in two or three dimensions with space between them. Just like they would if they were playing live on a concert stage. With stereo we can produce both a two-dimensional and a three-dimensional soundstage.

In the 1960s and 1970s, many albums were released in both mono and stereo versions. This was done for two reasons, Firstly, to meet the need of customers with only mono systems. And secondly, to increase sales by first releasing one format and then release the other format in a “special edition” later on.

What are the pros and cons with mono and stereo LPs?

Some vinyl enthusiasts prefer mono recordings because they provide more focus, punch and dynamics. While others prefer the soundstage experience that can only be experienced with stereo LPs.

WELCOME TO VINYL RESTART
My name is Tom. I am the founder and writer of Vinyl Restart. Forty-three years old, music lover, electronics engineer and home audio enthusiast since my early teens. I created this site to share my vinyl and Hi-Fi journey with you. And to give you help and advice on yours. 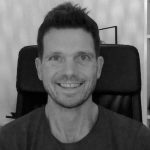